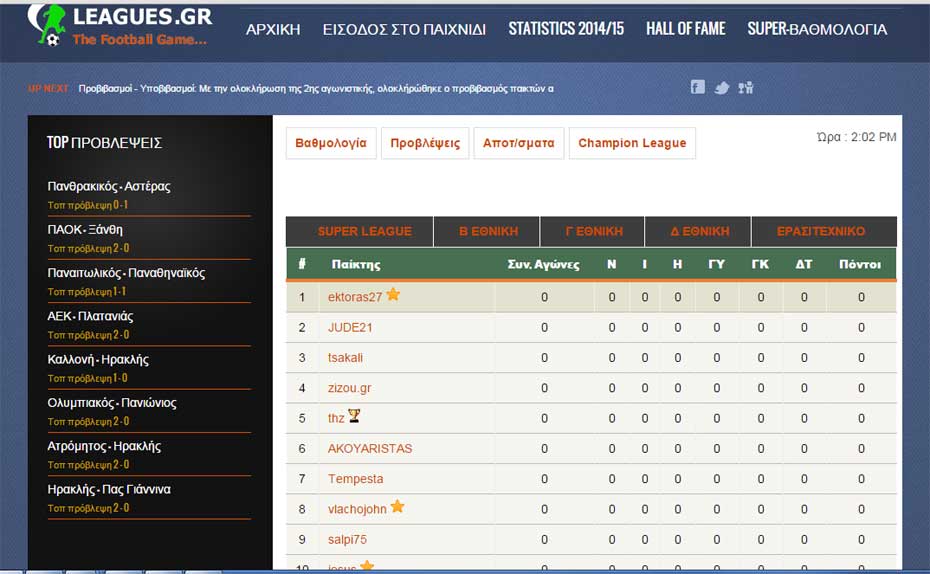 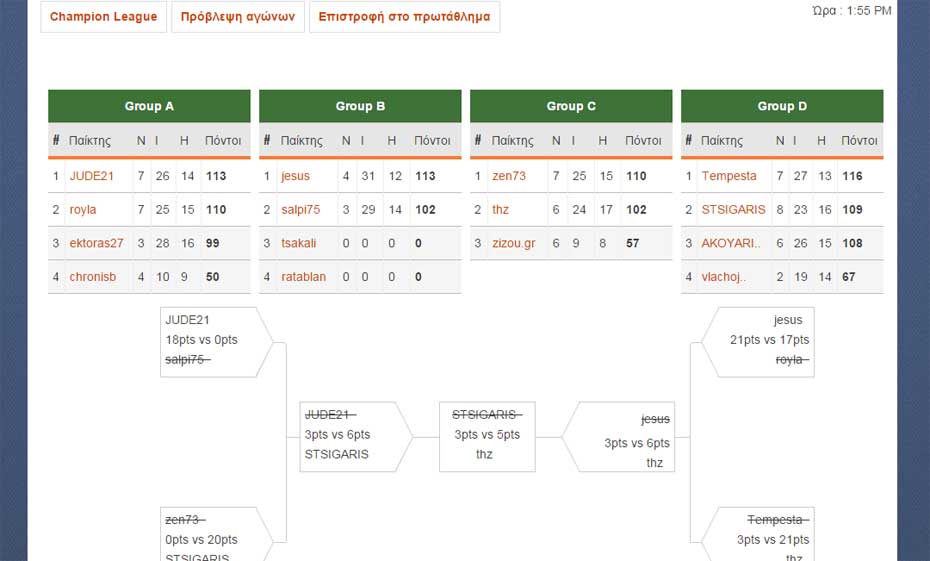 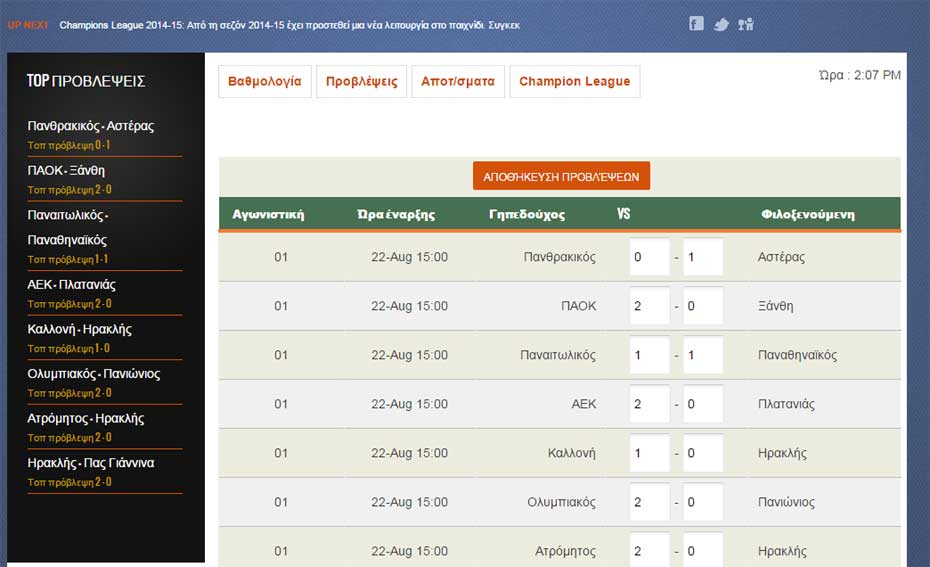 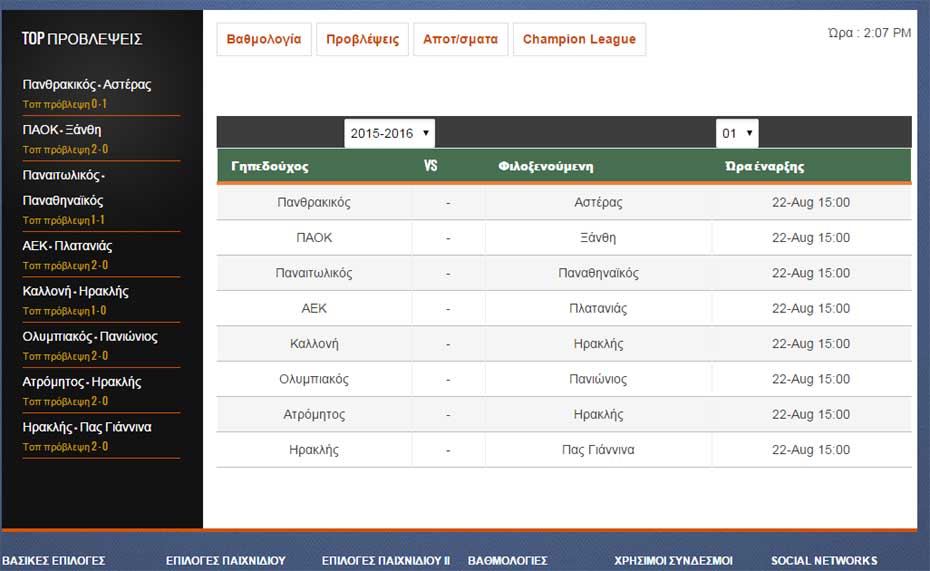 The famous sports game for predicting scores and competing other users on the league. The Pro Version comes with a promotion-relegation system between leagues, for best/worst players. It also comes with a Champions-Leagues addon with group stage and knock out games for the best players that qualify.

See it in action DEMO DocumentationSupport This email address is being protected from spambots. You need JavaScript enabled to view it.

See also our powerfull webhosting plans that are optimized for the needs of Joomla & Master-League. Ask our support operators to install FREE of charge the Master League Version you have purchased.

The module shows a list of players (users) with the top rate. The rate comes out of a calculation between points in standings and matches played by the user.

The module shows the top players of the season.

Best players at the moment

The module shows the best users during the last 6 matchdays/weeks.

See also our powerfull webhosting plans that are optimized for the needs of Joomla & Master-League.